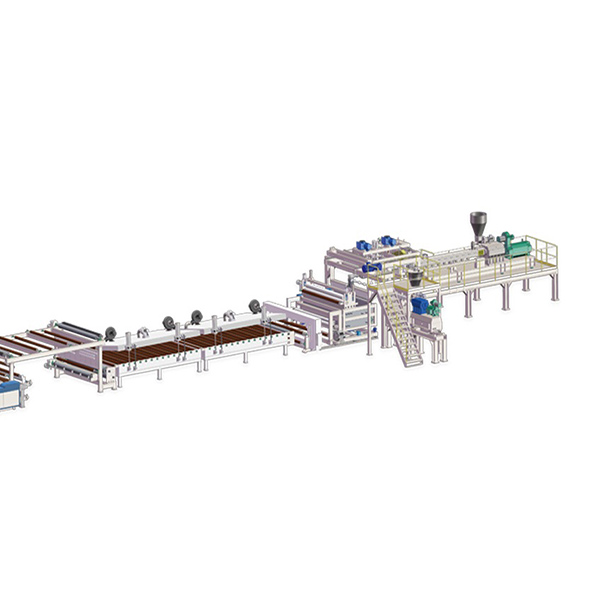 
Send email to us

Laminated glass is made by sandwiching a layer of polyvinyl butyral (PVB) between two pieces of glass. The glass and the PVB are sealed by a series of pressure rollers and then heated. This combination of pressure and heat chemically and mechanically bonds the PVB to the glass.

The mechanical bond occurs through the adhesiveness of the PVB, while the chemical bond is created through hydrogen bonding of the PVB to the glass. That inserted layer of PVB is what allows the glass to absorb energy during an impact and gives the glass resistance to penetration from flying projectiles. It also deflects up to 95 percent of ultraviolet (UV) rays from the sun [source: Reuters]. Laminated glass can break and be punctured, but it will stay intact because of its chemical bond with the PVB.

PVB film production line is divided into two kinds, one kind is a dry process, also called roll method of the process, through the stretch film extrusion, cooling stereotypes winding in the air, the other is a wet process, also called water craft, stretch film extrusion of film through tank cooling stereotypes, blow dry after winding, two kinds of process there are a lot of equipment differences, prices also vary widely. The main machine can also use single screw extruder or parallel twin screw extruder according to different needs and raw materials

Write your message here and send it to us